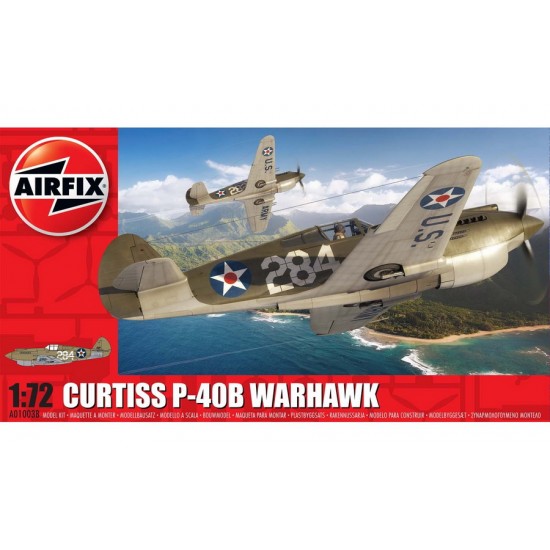 The P-40 served the United States Army Air Force throughout the Second World War, fighting in Europe, across Asia and in the deserts of North Africa. While not as maneuverable as the Japanese Mitsubishi Zero, or as fast as the German Messerschmitt Bf109, the P-40B still proved to be a tough opponent. Pilots liked the fact it could often get them home after sustaining heavy damage, as well as being able to inflict it with its armament of six machine guns.

This is a plastic model kit, which comes unassembled and unpainted. So glue, model paints and other basic modelling tools are additionally required.

There are no reviews

Maybe you can help? Many users will be grateful to you. And so are we.