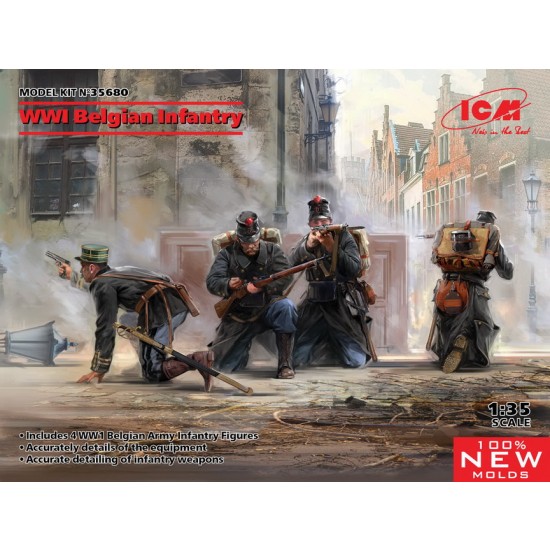 At the beginning of the First World War, the Belgian army was one of the first to meet the blow of German units. And the main burden of the war was borne by the infantry. The Belgian army included 14 infantry line regiments, 3 rifle regiments, 2 carabinier regiments and 1 grenadier regiment.
The total number of the Belgian armed forces mobilized for hostilities was 375,000. The uniform of the Belgian infantry at the beginning of the war was considered insufficiently adapted to the conditions of modern combat, and this later became the reason for changes in the appearance of the soldiers.

There are no reviews

Maybe you can help? Many users will be grateful to you. And so are we.